A year ago, my wife, daughter and I visited my wife’s aunt and uncle in Waterford, Michigan area. She signed me up to do a small web site for them to promote the printing business. The printing business has been in the family since 1946.

I set up the website relatively quickly with ruby on rails, but did not launch it for awhile. While I like the ruby on rails approach to rapid development I haven’t used ruby enough to learn the syntax and be productive in it. In the meantime between developing the site and actually launching it, I worked on a project for a client that utilized symfony. This gave me enough opportunity and time to learn php and the symfony framework. So the in-development site was migrated from a ruby on rails to symfony project.

One thing I liked when I set up the rails project was the usage of capistrano to manage the deployment of the application to my slicehost instance. I decided to see how it could work with symfony as well. In the end, I was able to get a good amount of information from the following site. Besides paths and server changes to the configuration presented on the page, I utilize git as version control.

I have found great value in git over subversion. I like the fact that git does not require server software to run. Getting it up and running with just a dedicated user and ssh was a snap. Even better, git doesn’t manage every file with 3 extra files per instance like subversion seems to do. To copy a subversion branch from one server to another takes forever due to all the .svn files. Git can easily be moved around and ability to remove git from a file structure works just as easily.

In the end, I built the very small site, ForbesPrint.com with the following tools:

Now that the basics are in place, I hope to expand the site to better accommodate their needs and growth the business. 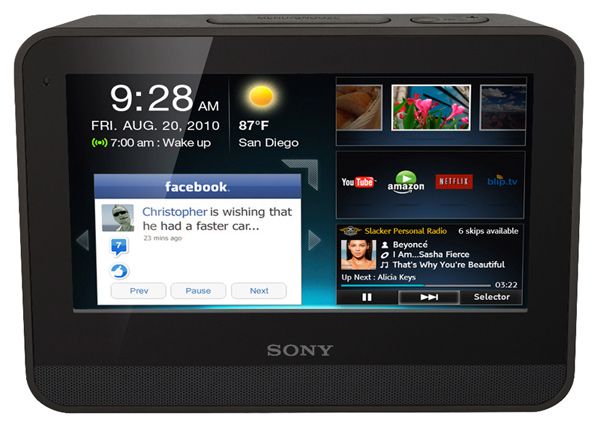 For Christmas I received the Sony Dash as present from my wife.  Having worked with computers, networking, and all sorts of technology in general I am both amazed and dismayed

My new 3g iPad arrived today and I have spent the evening having a look through the app store for apps that are built for the device. One of the apps I found was WordPress for the iPad. This is my first post on